Learning From “The Joy Of Love” 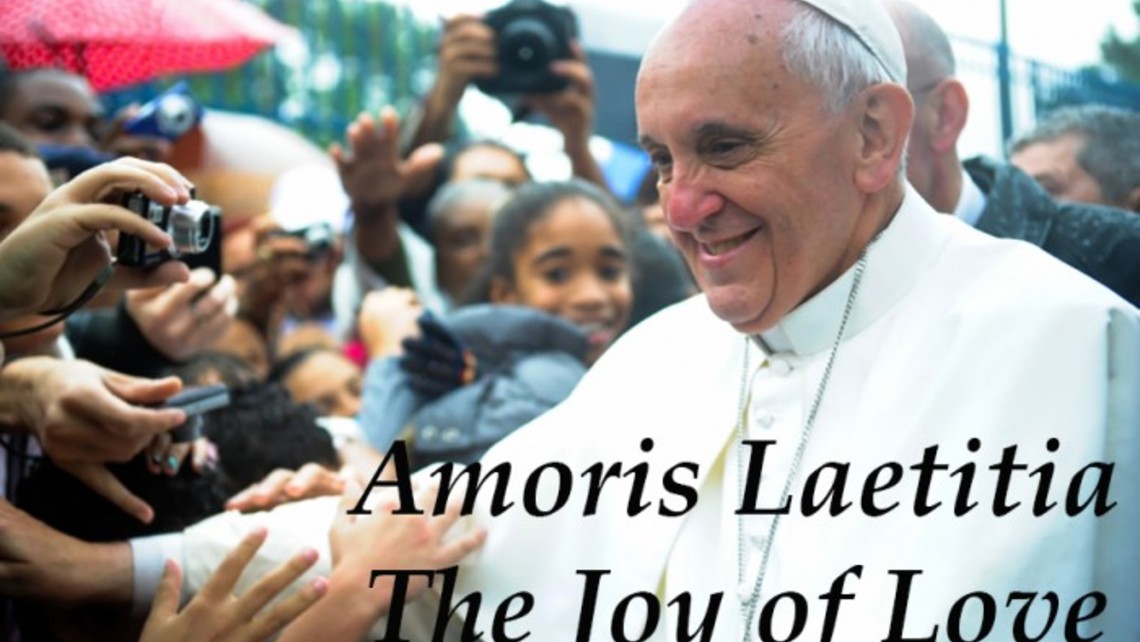 After an Ordinary Synod of Bishops, it is customary for the Pope to write an apostolic exhortation to provide a summary of the proceedings and synthesize the results of the input received from the bishops in attendance. Pope Francis has given us a document that seeks to “gather the contributions of the two recent Synods on the family while adding other considerations as an aid to reflection, dialogue, and pastoral practice.” He also intends the text to serve “as a help and encouragement to families in their daily commitments and challenges.” (AL, 4)

This is the first article in a series of ten articles with the goal of helping the faithful to encounter the wisdom and insights of the exhortation that are of the greatest value as they seek to live out their response to the Gospel and its significance for their own family. Amoris Laetitia is a long document with much to say in its nine chapters on a wide variety of issues related to the family. Due to the nature of the document Pope Francis does “not recommend a rushed reading of the text” and says that “the greatest benefit, for families… and for those engaged in the family apostolate, will come if each part is read patiently and carefully.” (AL, 7). This approach, recommended by the Pope, is the one I will take in this series by taking each chapter, in order, and highlighting the insights to build an understanding of the document as a whole. There already has been plenty of “ink” spilled elsewhere in analysis, critique, and synopsis so that is not the approach this series will take.

The first chapter, “In the Life of the Word,” provides a biblical foundation for the Pope’s guidance on marriage. “The word of God tells us that the family is entrusted to a man, a woman, and their children…” (AL, 29) He observes that the Bible begins with “the appearance of Adam and Eve’s family” in Genesis and ends with “the wedding feast of the Bride and Lamb” in Revelation. In fact, “the Bible is full of families, births, love stories and family crises.” (AL, 8)

At the beginning, we find Adam and Eve who, made in the image of God who joined together “become one flesh” and in doing so become “father and mother, a couple with their personal story of love.” (AL, 9) As the biblical narrative continues, the image of God on display in the first family and in their descendants stands in opposition to the idolatrous proposals of the pagans who hold false views of God and the human person especially in relation to the family, “found among the Canaanites of the Holy Land.” (AL, 10) The Pope speaks of the way that the family reveals the love of God as “the couple that loves and begets life is a true, living icon – not an idol like those of stone or gold prohibited by the Decalogue – capable of revealing God the Creator and Savior. For this reason, fruitful love becomes a symbol of God’s inner life” (cf. Gen 1:28; 9:7; 17:2-5, 16; 28:3; 35:11; 48:3-4). (AL, 11) The family reveals the inner nature of God precisely because even though God is one in nature, He is a communion of persons. Pope Francis quotes Saint John Paul II’s description of the way “the couple’s fruitful relationship becomes an image for understanding and describing the mystery of God” as “our God in his deepest mystery is not solitude, but a family, for he has within himself fatherhood, sonship and the essence of the family, which is love. That love, in the divine family, is the Holy Spirit.” (AL, 11)

The solution to the first man’s problem of solitude – “the solitude which he feels amid the animals and world around him” – is found in the encounter with the woman made from the rib taken from his side. “The original Hebrew suggests a direct encounter, face to face, eye to eye, in a kind of silent dialogue, for where love is concerned, silence is always more eloquent than words. It is an encounter with a face, a ‘thou’, who reflects God’s own love.” (AL, 12)

Marriage and family are not, however, to be seen as merely a functional solution to the problem of solitude, rather “This encounter, which relieves man’s solitude, gives rise to new birth and to the family. Significantly, Adam, who is also the man of every time and place, together with his wife, starts a new family.” (AL, 13) The mystery of the family is rooted in the encounter throughout the history of a man and woman who encounter one another and discover their mutual desire “to be joined” physically and also interiorly. The meaning of their union is revealed “not only in its sexual and corporal dimension but also in its voluntary self-giving in love. The result of this union is that the two ‘become one flesh’, both physically and in the union of their hearts and lives, and, eventually, in a child, who will share not only genetically but also spiritually in the ‘flesh’ of both parents.” (AL, 13) We will continue this exploration next time looking at what the Bible says about children and their place in the family.

By Dino Durando, Director of the Family Life Office

Fifty years ago, America experienced one of the most profoundly important years in its history, and it was a year filled with anarchy. The... END_OF_DOCUMENT_TOKEN_TO_BE_REPLACED