Learning from the Joy of Love, article 10 of 10 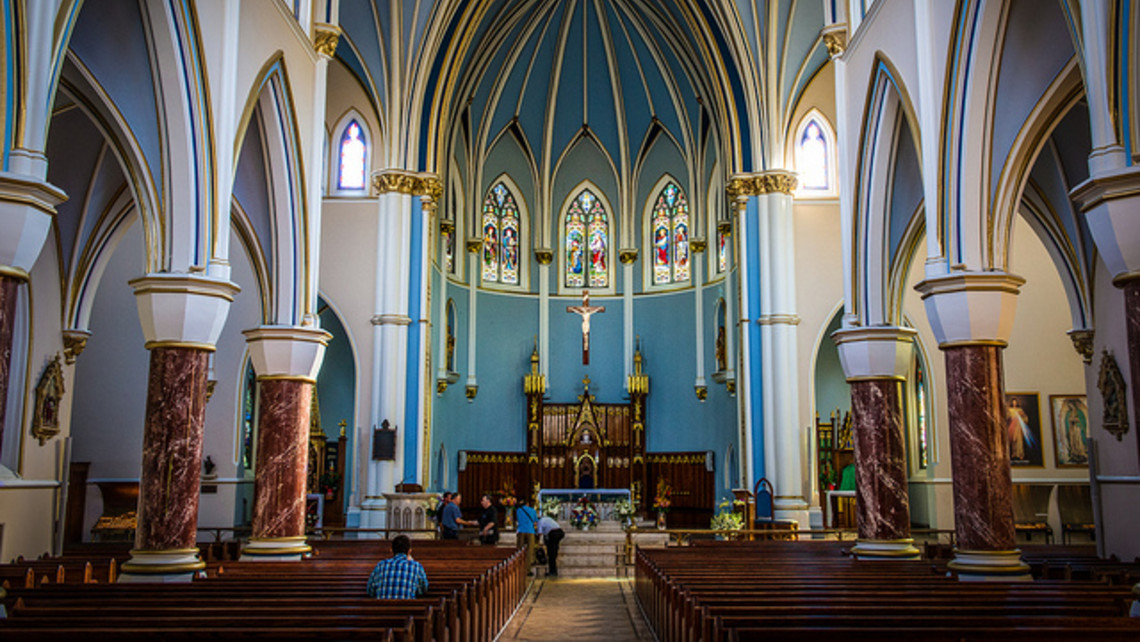 The previous article in this series considered the Pope’s advice to spouses who experience difficulties that may lead to separation and even divorce.  The main theme of his advice: consider every crisis as an opportunity to say a new “yes, enabling love to be renewed, deepened and inwardly strengthened.” (AL, 238) The Church does not abandon those who face divorce as a possibility, nor those who have already divorced and are looking for the embrace of the Church. The Church partners with counselors and marriage support ministries like Retrouvaille, Marriage Encounter, and others to help spouses renew their original “yes” to their marriage and avoid divorce whenever possible. These resources may be accessed at the diocesan website for Family Life.

Sometimes there are circumstances (like abuse or addiction) where reconciliation is not possible and separation may be the best solution. In virtually every other circumstance, the Church hopes that reconciliation is considered a possibility, but also sees that “what is urgently needed today is a ministry to care for those whose marital relationship has broken down.” (AL, 238)

Pope Francis also considers the needs of children “who are most vulnerable,” and “often suffer in silence” in situations of divorce. (AL, 246) He teaches that “apart from every other consideration, the good of children should be the primary concern. (AL, 245)

While not encouraging couples to enter a new union, he advises those who minister to these families that “Christian communities must not abandon divorced parents who have entered a new union, but should include and support them in their efforts to bring up their children.” (AL, 246) As a child whose parents divorced, I am comforted by the Pope’s clarion call of concern for children and the real pastoral needs of the “broken” home.

While emphasizing care for the divorced, Francis also asserts that “divorce is an evil and the increasing number of divorces is very troubling.” (AL, 246). He does not condemn those who have divorced, rather he insists that divorce should not be accepted as a good, nor treated as a new normal. Instead, “our most important pastoral task with regard to families is to strengthen their love, helping to heal wounds and working to prevent the spread” of divorce. (AL, 246)

Here, Pope Francis returns to his oft-repeated theme: “the Church’s task is often like that of a field hospital.” (AL 291) He calls for a renewed proclamation of God’s mercy to those whose marriage has ended in divorce. The Church “constantly holds up the call to perfection and asks for a fuller response to God,” and she also “must accompany [them] with attention and care… by restoring in them hope and confidence.” (AL, 291) In a field hospital, nurses and doctors treat those with the worst wounds first to stabilize their situation. Often medicine cannot easily alleviate pain or heal wounds, but the good physician works to begin the process of healing, even when the odds of a full return to health may be slim. Hope, no matter the circumstance, is the central message of the “field hospital” Church.

Pope Francis challenges pastors to walk with the divorced (including those who have formed a new union without having received an annulment) to begin the journey that “can lead to the full reality of marriage and family in conformity with the Gospel. These couples need to be welcomed and guided patiently and discreetly.’ That is how Jesus treated the Samaritan woman (cf. Jn 4:1-26): he addressed her desire for true love, in order to free her from the darkness in her life and to bring her to the full joy of the Gospel.” (AL, 294) He wants them “to be more fully integrated into Christian communities in the variety of ways possible while avoiding any occasion of scandal.” (AL, 299)

Pope Francis directs pastors, to begin with, the “law of gradualness” proposed by Saint John Paul II in his Apostolic Exhortation on the Family, Familiaris Consortio. (AL, 295) In it, John Paul II writes, “What is needed is a continuous, permanent conversion which, while requiring an interior detachment from every evil and an adherence to good in its fullness, is brought about concretely in steps which lead us ever forward [toward] the progressive integration of the gifts of God and the demands of His definitive and absolute love in the entire personal and social life of man.” (Familiaris Consortio, 9) Pope Francis is urging the divorced, the divorced who have entered a new union without having received an annulment, and even those who live together but are not married, to enter a dialogue with a minister of the Church.  Through this encounter, they are called to seek a remedy to their situation through existing avenues of mercy.

However, John Paul II adds, “They cannot look on the law as merely an ideal to be achieved in the future: they must consider it as a command of Christ the Lord to overcome difficulties with constancy. And so what is known as the ‘law of gradualness’ or step-by-step advance cannot be identified with ‘gradualness of the law,’ as if there were different degrees or forms of precept in God’s law for different individuals and situations.” (Familiaris Consortio, 34)

Pope Francis explains further that “this discernment can never prescind from the Gospel demands of truth and charity” and must include “the following conditions: humility, discretion, and love for the Church and her teaching, in a sincere search for God’s will and a desire to make a more perfect response to it.” (AL, 300) “These attitudes are essential for avoiding the grave danger of misunderstandings, such as the notion that any priest can quickly grant ‘exceptions’, or that some people can obtain sacramental privileges in exchange for favors.” (AL, 300)

Many are asking whether Amoris Laetitia has changed the Church’s teaching on the question of communion for those in irregular situations. Simply put, it has not. What it has done is provide guidance for the process of bringing resolution to those couples in irregular situations. Quoting from the Catechism, Pope Francis notes that “imputability and responsibility for an action can be diminished or even nullified by” ignorance, fear, or other factors. (AL, 302) Here, he is drawing a distinction which could be easily misunderstood, that while someone may have committed a serious sin, their responsibility may be diminished, thereby lessening their personal guilt. To welcome those who may have thought that they were excommunicated or in some other way banned from participation in the life of the Church, the Pope is encouraging “the faithful who find themselves in complicated situations to speak confidently with their pastors.” (AL, 312) He has also challenged pastors to consider the particular situations of individuals and “to listen to them with sensitivity and serenity, with a sincere desire to understand their plight and their point of view, in order to help them live better lives and to recognize their proper place in the Church.” (AL, 312) In all of this Pope Francis seeks to help the ministers of the Church act “like the beacon of a lighthouse in a port or a torch carried among the people to enlighten those who have lost their way” to discover the loving plan of God the Father in their lives. (AL, 291)

Fifty years ago, America experienced one of the most profoundly important years in its history, and it was a year filled with anarchy. The... END_OF_DOCUMENT_TOKEN_TO_BE_REPLACED

Videos for parents to learn about protecting their kids online

The good people at Covenant Eyes produced an excellent video resource last year titled Unfiltered . We have been getting the DVD version in... END_OF_DOCUMENT_TOKEN_TO_BE_REPLACED